archers of loaf: all the nations airports

2CD reissue of 1996 album. 19 bonus tracks. Included some of the more simple indie pop songs that had made them famous as well as four instrumental tracks, layered tape loops & even a solo piano song, but the song structures became much more complex. 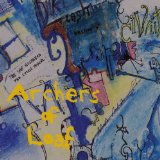